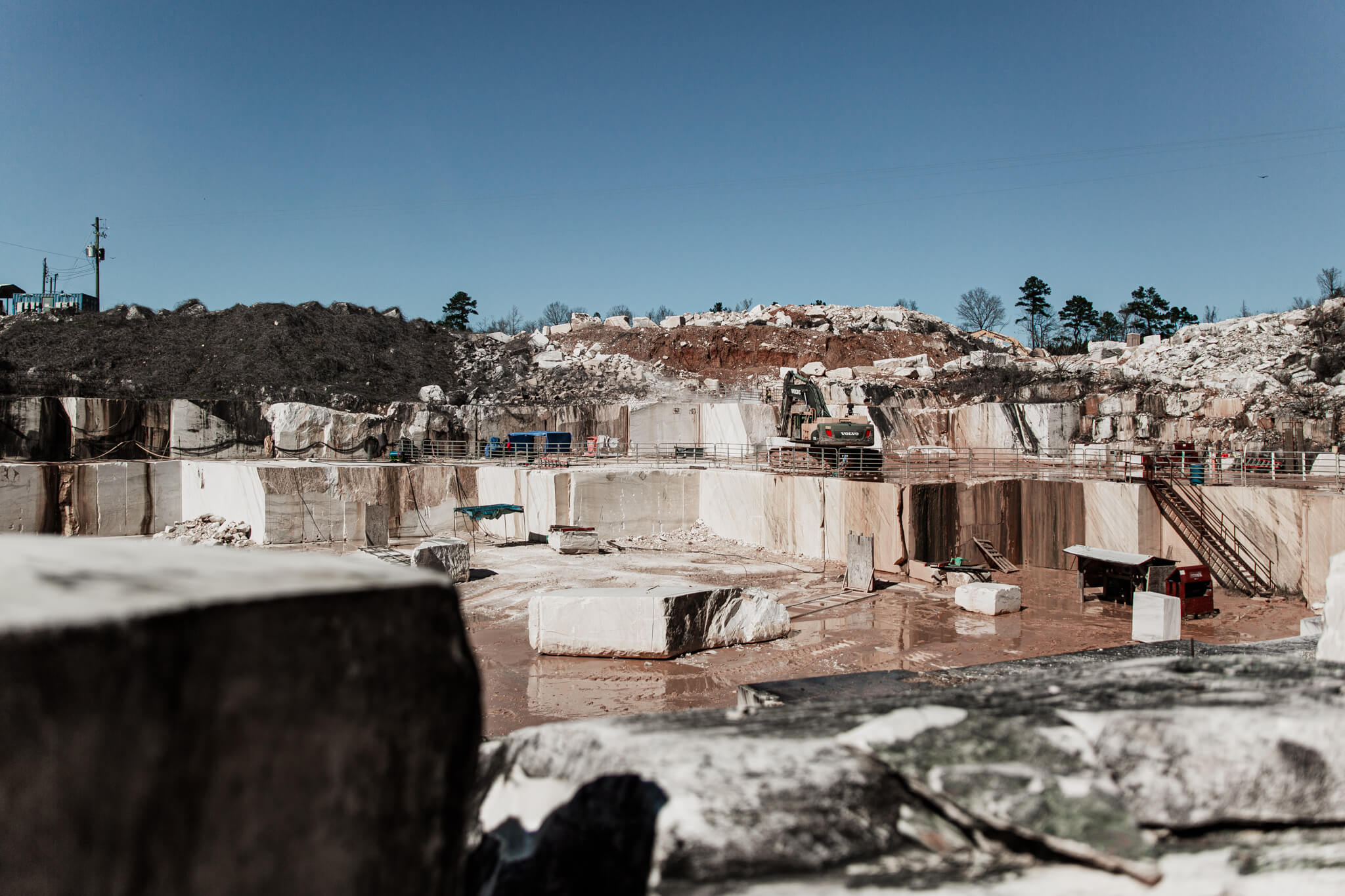 How was Alabama Marble formed?

Formed over millions of years, Alabama Marble is older than even the dinosaurs.

750 million years ago Alabama and most of the US was a vast, shallow inland sea teeming with sea life. As the sea subsided over millions of years, the ancient shellfish and organisms that lived in this sea died. Their shells and sediment and the clay, sand, and reefs they lived on began to form the bedrock that we see in the state today: limestone, sandstone, shale, and chalk.

Then the earth shifted and the continents now known as North America and Africa collided to form the Appalachian Mountains. Blocks of limestone crashed into each other and the heat and pressure from these collisions recrystalized the limestone into the fine grained Alabama Marble we see today.

The resulting deposit of Alabama Marble is 32 miles long, up to a mile and a half wide, and over 600 feet deep, making it the longest accumulation of white marble in the world.

Older than even the dinosaurs, Alabama Marble is ancient history.